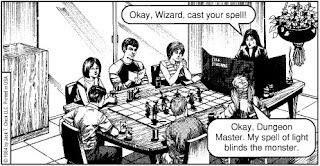 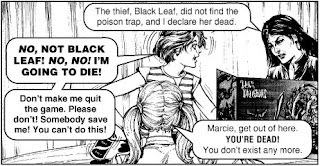 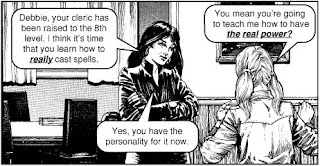 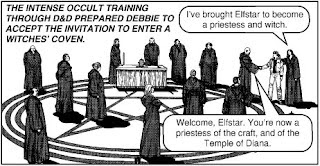 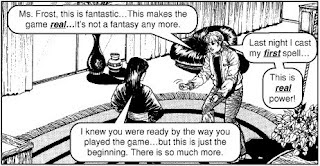 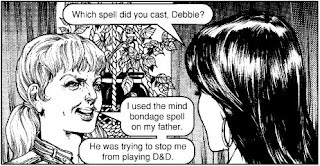 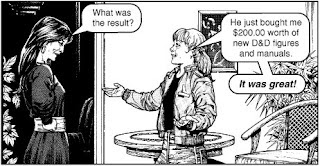 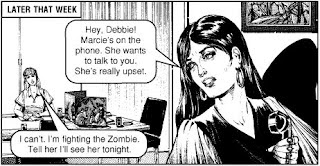 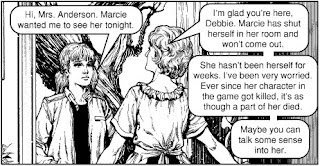 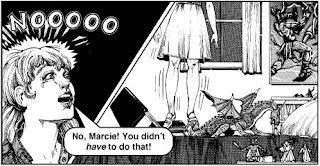 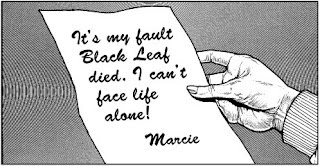 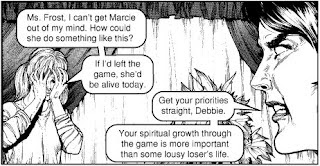 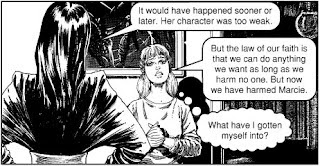 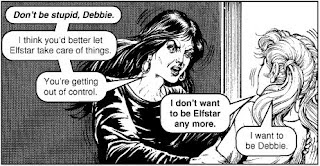 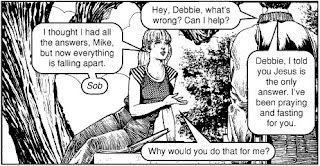 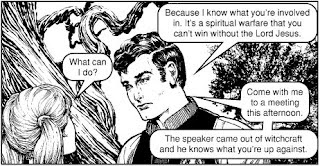 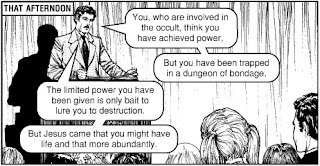 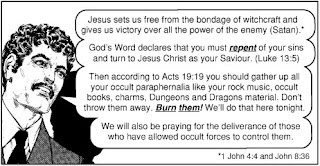 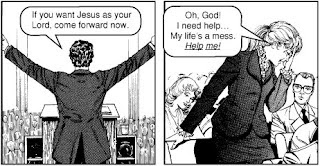 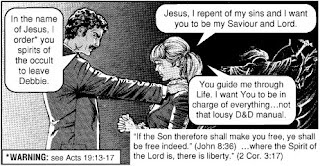 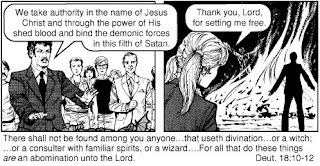 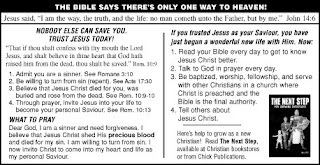 Oh, and here's a great video about MORMONISM!. Evidently the native americans were once white and from israel, who knew?? The mormons, thats who. In case it wasn't obvious, BTW, I'm not trying to hurt morman faith in any way, but the video is hilarious (I have no idea how closely it matches with their beliefs and a similar video could be made about christanity, probably even more ridiculous!)
Posted by Ben at 12/18/2007 05:04:00 PM

You didn't know about Chick Tracts before? There was an ancient, decrepit lady at OU who would set up a table in the Union during Jesus week to distribute them. I took one of each of her Chick Tracts, so somewhere or other, I have ~20 of them.

They're creepy and funny! And kinda depressing...

Yes, all those things are true...

I've seen Chick Tracts before, I just always thought they were one offs... And I didn't realize there was such a crazy variety of them...

Can you blame him for wanting her to burn the books? They're D&D, FFS. Real Christians play Story Games.

For whatever reason, the pictures don't seem to be showing up anymore - but the link still worked.

Well... I fixed the images, but that might be a losing proposition... Seems like they might move the images to prevent direct linking... I'll see about just grabbing all those images...

Ok, it was a big fight between me, picasa and blogger, but I've got all the images uploaded to the blog, so they should be good now. I'm no longer direct linking, which chick's site seems to be activately breaking, so hopefully we're good now.

Chick Tracts are awesome. They're the Perry Bible Fellowship of serious crazy people.

Personally, I think they all wanted Marcie^W Black Leaf dead because she never put in for pizza night.

Hehehe, awesome. Definitely a fitting punishment for those who do not pitch in.

Why was I never invited to join a coven?

Obviously, you weren't ready yet for the real power. Isn't it clear to you yet?? You're no Debbie. Even in the midst of all those christians at the end there, she was more of a player than you were at your peak! Now go cry, I have real roleplayers to teach mind bondage to.

I couldn't get the mormonism youTube video to open, but if its the poorly animated one, I've seen it. The scary thing is that its 90% accurate.

Another good into to mormonism is the South Park episode "All about the Mormons." Its about 95% accurate about how the church was founded.

As a side note, I formally requested that my name be removed from their Church.

Yep its definitely the one your thinking of :).

Its crazy! The South Park episode was also really funny...